Axle weights are divided into multiple Legal Weights; and a single set of maximum weights for their Primary Highways and Secondary/Grid roads. Permits are required when exceeding legal weights for the specific road classifications being used or when below legal axle weights; but exceeding Gross Vehicle Weight of 49,000 Kgs on Secondary/Grid Roads and 53,500 Kgs on Primary Roads.
Single trip permits are available for vehicles exceeding legal axle weights and/or maximum gross vehicle weights. Term permits are also available to cover some overweight vehicles that are permanently mounted to travel over legal weight on their Steers only. The information required to obtain a weight term permit is:


Legal Primary Only – Primary Highways are all highways under the control of the Province that have a primary legal weight. On these roads, an overweight permit is required when over the following weights: (if tires allow, must be a minimum of 11” or 279mm)

Winter weights are put in place annually from about mid-November to mid-March, because the road bed freezes during this period, it is stronger and can withstand a heavier weight without being damaged.


Legal Winter Weights – Legal weights when the province is in winter season is different from Legal Primary and Legal Secondary weights. Rural Municipalities can choose to opt out of Winter Weights, so always ensure you check with the RM before travelling on their roadways.

Primary weight annuals are offered by some Rural Municipalities. These annual permits allow carriers to travel on RM Grid roads above legal secondary weights to a maximum of primary weights. 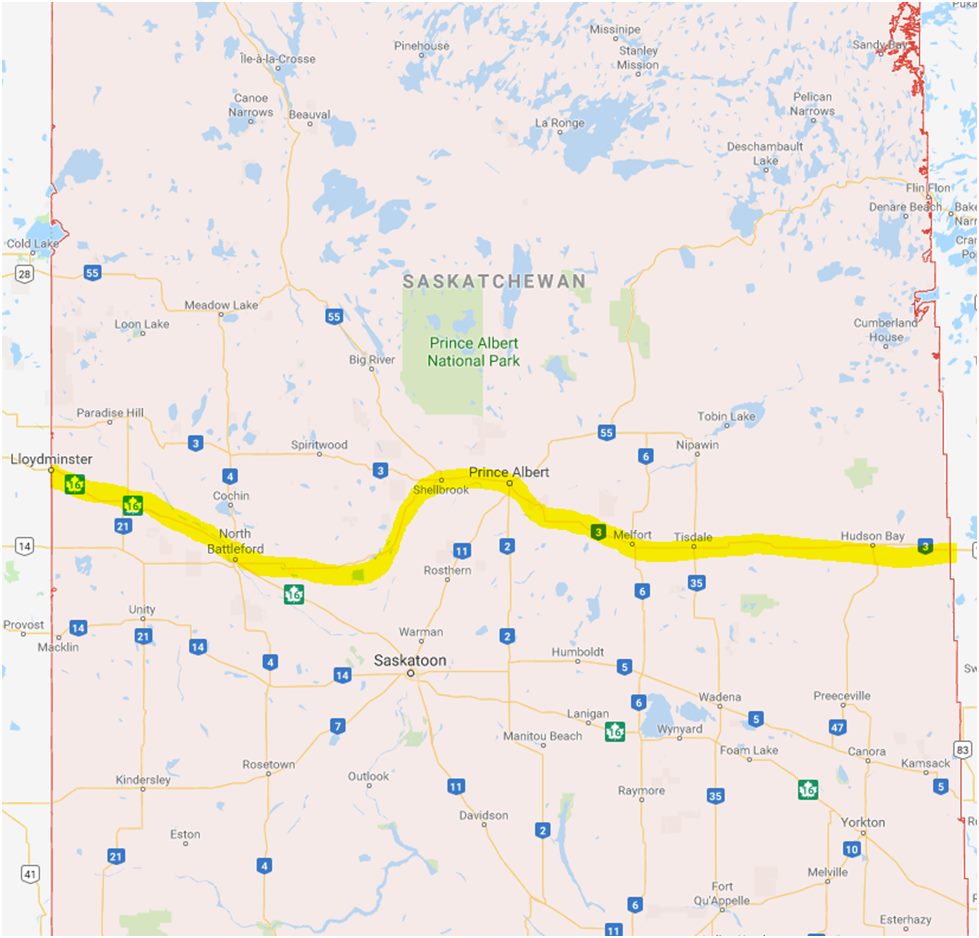 The map will show you the highway weight classifications. It identifies which roads are Primary and Secondary; as well as when the 9 Month Primary Weight roads change to Secondary.
https://publications.saskatchewan.ca/#/products/83381